In the South Santa Catarina plateau, through legends and traditions, a small town reveals unusual landscapes of snow and mountains. Snow is the main reason for tourists exploring the Santa Catarina mountains in winter. Next to St. Joachim, Lages and Bom Jardim da Serra, Urubici is the center of such snow route.

There is something mysterious in the atmosphere of Urubici and visitors find real treasures in all neighboring places. Hidden Treasures in the legends told by older residents and treasures of nature, in the form of megalithic monuments, canyons carved with waterfalls, and green valleys out of sight. A small place where life throbs in the raw, pure as the air we breathe from the top of its mountains.

Chests, pots and pans with gold bars and silver buried in the mountains of the Serra Geral Aparados. The popular imagination of Urubici is full of such stories about treasures. For some these are only fairy tales. For others, these are clues to help decipher puzzles entered on maps and itineraries disclosed in the word of mouth. In search of fortune, some venture into the icy forests challenging serrano cold and terrifying “screamer” – local legend about a howl that Assuta animals and people in the region for decades. One of the oldest stories is the treasure of the Jesuits. Expelled from Brazil in the eighteenth century by order of the Marquis of Pombal, the Jesuits have buried part of the treasure of one of their rich churches in the resorts of the Sierra Up Courses. In almost three centuries of propagation, the legend gave rise to several reports of fortunes buried by rich farmers on their properties. True or not, incite the imagination.

There are two versions of the meaning of the city name. During an Indian expedition, an Indian would have warned the leader “Bici” on the presence of the bird “uru” . The other explanation splits the word “uru” (bird) and “bike” (glossy), highlighting certain glossy bird in the region. Long before the city’s liberation in 1957, the region was inhabited by Indians along the valleys of the rivers Urubici, Canoas and of the Indians. The Indian heritage is also rooted in places today transformed into sights. The River of the Indians caves, 10 km from the center, are described by researchers as possible houses of the Indians.

Urubici has one of the most significant archaeological sites in Santa Catarina. In Morro do Avencal, rock art panels keep records of ancient civilizations for at least 3000 years. Sites are located on strategic points – that take into account the sun’s position, the cardinal points, the presence of megalithic monuments – signs of complex knowledge system of these people about the laws of the universe. Nothing is as sacred as the view from the top of the mountains. Huge stone monuments erected like that for Olympus. Totems that resemble the sandstones of Vila Velha, in Paraná, for his inusitas forms. 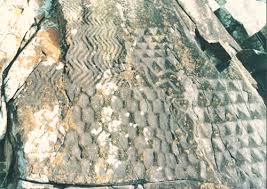 More famous than the Campestre Hill is the Hill Church, located in the area of ​​São Joaquim National Park. Besides being the highest point – and probably the coldest – on the south, with its 1828 meters, it’s visit card of the city. The Holed Stone, impressive sculpture of nature, emerges from the extensive range of mountains, canyons, valleys and river sources, such as Pelotas, a tributary of the Uruguay River. Setting up a church in stone observed from the bottom up, at the foot of the hill, was the inspiration for its name at the time. That was until the Air Force ignore the demarcation of the park and installed on top Cindacta II, a monitoring airspace base . With radar installation in 1987, access to the peak was facilitated by the paving of 16 km of road, generous in stunning scenery. In days of blue sky, when the fog disappears and the Holed Stone wins salient contours, one can see the south coast from Laguna.

Travel on the winding curves of the Serra do Corvo Branco is also guarantees spectacular views. The road of 15 km connecting Urubici’s south coast is an intricate engineering design and took 40 years to complete. Road construction still sounds like puzzle for visitors The lower drops temperature,the more Morro da Igreja’s residents expect snow. In 1990, Urubici recorded temperature record in the country, with 17 degrees below zero and wind chill of minus 40 degrees. With the contribution of immigrants and the influence of the gaucho culture Urubici has become an unique land of amazing contrasts of well defined seasons.

The visitor can enjoy a good barbecue, pinch roasted pine nuts in a wood oven or try the serrano coffee delights prepared by descendants of Germans and Latvians. In summer, the practice of nature sports and visits to waterfalls are required. The best known are the Véu de Noiva, on the way to Morro da Igreja, and the cascade of Avencal, 100 meters high, largely rappel practitioners. In the center, the Morro do Oderdeng (1370 meters) is traditional spot for paragliding and hang gliding flights. For those wishing to further integrate the mountain climate, the tip is to join frequent horseback riding through the area of ​​Santa Barbara Fields, Campo dos Padres e Morro da Igreja